Are you a taxi or private hire vehicle driver?

There are some changes in the law which will come into effect in October 2010 which might affect you.

The Equality Act, which was passed earlier this year, includes some provisions relating specifically to taxis and private hire vehicles (PHVs) and disability.

This note describes what will happen in October in relation to those parts of the Act that are specific to taxis and PHVs, and what the implications will be for taxi and PHV drivers.

This note focuses on the implications for the taxi and PHV trades of the October provisions. A separate note has been prepared for licensing authorities.

Duties on drivers to assist passengers in wheelchairs.

The Equality Act is due to place duties on the drivers of designated wheelchair accessible taxis and PHVs to provide physical assistance to passengers in wheelchairs. A further announcement will be made on when the duties will come into force, but it will not be before April 2011.

The duties will apply to the driver of any wheelchair accessible taxi or PHV which is on the licensing authority’s list of ”designated vehicles”.

If you are the driver of a wheelchair accessible taxi or PHV, it is advised that you find out whether your licensing authority intends to maintain a list of designated vehicles, and therefore whether the duties are likely to apply to you.

Before the duties are brought into force, any drivers who suffer from a disability or a condition which would make it difficult for them to provide physical assistance can apply for an exemption from the duties to offer assistance.

The opportunity to apply for exemptions starts on 1 October.

What do I need to do?

If you are the driver of a wheelchair accessible taxi or PHV, the first thing you need to do is establish whether your licensing authority intends to keep a list of designated vehicles. We are encouraging licensing authorities to make their decision known to drivers and perhaps establish a ”shadow” list as soon as possible.

If your licensing authority does intend to maintain a list of designated vehicles, and your wheelchair accessible vehicle is to be included on the list, you will be required to carry out the duties to assist wheelchair users.

What are the duties?

The duties being placed on the drivers of designated wheelchair accessible taxis and PHVs are:

What does mobility assistance mean?

The driver must also offer to load the passenger’s luggage into and out of the vehicle.

What if my licensing authority does not intend to keep a list of designated vehicles?

What if I have a back condition which makes it impossible for me to help a passenger in a wheelchair get into a cab?

The new Act allows for exemptions from the duties on medical grounds or if the driver’s physical condition makes it impossible or unreasonably difficult for him or her to comply with those duties.

It is the responsibility of drivers who require an exemption to apply for one from their licensing authority before the duties come into force; they will have at least six months to go through this process.

Who decides if a driver is exempt?

The local licensing authority decides if a driver should be exempt from the duties.

What if the licensing authority says that I am ok to carry out the duties and I disagree?

The legislation allows a driver to appeal to the magistrates’ court within 28 days if the licensing authority decides not to issue an exemption certificate.

How will passengers know that I am exempt from the duties to assist passengers?

The Department will be printing and issuing to licensing authorities special Exemption Notices which exempted drivers must display on their vehicles in order that passengers will know that the driver is exempt from duties.

When will the duties come into force?

A further announcement will be made about when the actual duties to assist will come into force, but it will not be before April 2011.

Drivers with a medical condition that prevents them from carrying out the duties will be able to apply to their licensing authority for an exemption from October 2010, before the duties come into force.

The other thing that will happen on the 1st of October is that the duties placed on taxi and PHV drivers and on PHV operators to carry guide dogs and other assistance dogs will transfer from the Disability Discrimination Act 1995 to the Equality Act 2010.

In practice, the duties will remain exactly the same as they are now.

Any person who is currently exempt from the duty to carry an assistance dog on medical grounds will continue to be exempt.

Will I have to take a different approach to the carriage of guide dogs from 1 October?

No. The change is a purely technical one; the duties to carry guide dogs and other assistance dogs will not change at all.

I have an exemption certificate which says that it was issued under the Disability Discrimination Act 1995 – do I have to get a new one?

No, you do not have to get a new certificate, the certificate which you have been granted remains valid until its expiry date.

I have a special notice in my taxi/PHV which says that I am exempt from carrying guide dogs and mentions the Disability Discrimination Act 1995 – do I need to get a new one?

No, you do not have to get a new exemption notice; the notice which was provided by the licensing authority remains valid until its expiry date. 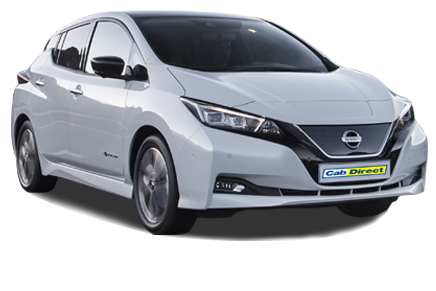